Welcome to the website of Joe England. Joe is a professional freelance drummer based in West Yorkshire. He has played in a wide variety of settings and performed well in excess of 3500 professional shows and gigs in his career thus far.

Joe began his professional career at a Warner Leisure Hotel, where he played in the resident band for 8 months. Since then, highlights include four years working for Princess Cruises as a show band musician and musical director, backing hundreds of various artists from stars of the past, West End and Broadway stars, world leading tribute acts, as well as backing cast production shows. He has various theatre credits such as  ‘Bells Are Ringing’ in London starring Anna-Jane Casey, touring UK theatres, festival stages and city halls with ‘Rat Pack Vegas Spectacular’,  ‘Big Girls Don’t Cry’,  ‘ABBA Mania’, ‘Northern Live – Do I Love You’, to name a few.

From hotels to theatres to festivals to functions, Joe offers a consistent level of professionalism and experience to all that he does. He is an extremely strong sight reader and has live and studio experience playing in a wide variety of styles including pop, rock, jazz, funk, big band swing and musical theatre shows.

Joe is grateful to have been educated and mentored by some of the UK’s leading drummers such as Dave Hassell, Gabor Dornyei, Dave Tyas, Paul Smith and Stu Roberts. Joe’s versatility behind the drums is what has set him apart from others. 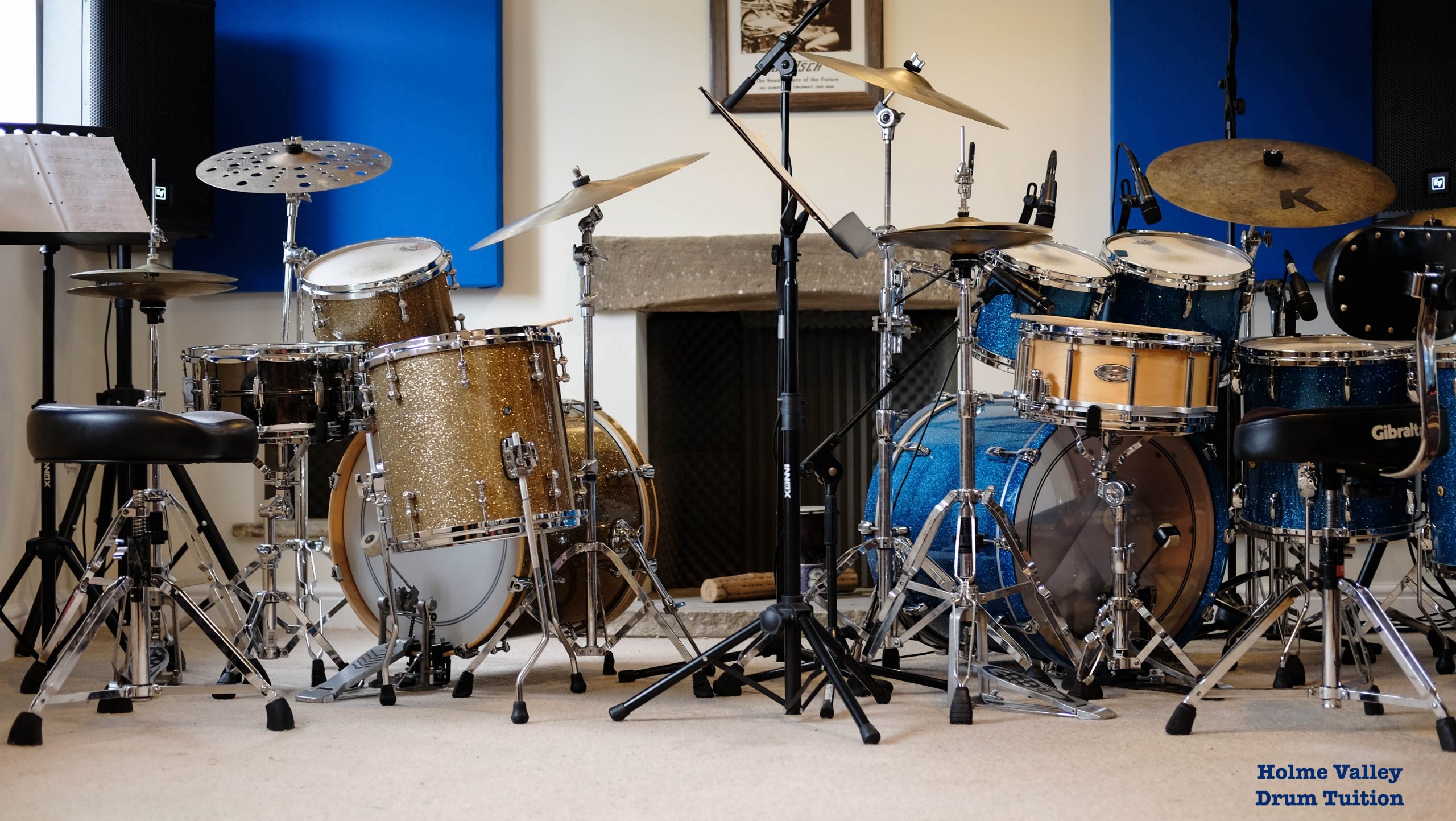 Joe is the proud owner and founder of Holme Valley Drum Tuition, based at a fully equipped private studio just outside Holmfirth. He is CRB/DBS checked and offers teaching on a one to one basis, offering fun, tailored lessons to all abilities of any age. He has taught privately and in schools for over 10 years.  If you wish to complete the grades for drums, Joe offers the Trinity College London and also the Rock School syllabuses (currently with 100% pass rate!).

He can either come to you, (fuel charges may apply) or teach you at his studio. If you just want to try things out, Joe offers a free 30 minute introductory taster lesson for anyone who wishes to have a go and see what the drums are all about!

Please don’t hesitate to get in touch with any other queries. You can do this either via contact form on this site or by going to the dedicated teaching Facebook page.

“My 12 year old son started drum lessons with Joe just over a year ago and really looks forward to his weekly lessons. Joe is an extremely dedicated and committed teacher and, being a professional drummer himself, is a real inspiration to Oliver. Throughout the last few very difficult months of lockdown, Joe’s online drum lessons have been a real focus for Oliver, giving him much-needed structure and a valuable sense of achievement. It’s wonderful to see Oliver so passionate about his drumming and, most importantly, so keen to practice! Huge thanks to Joe for continuing to motivate and inspire him.”

“Joe has been teaching my son for just over a year and he loves to go and jam with his drumming partner! Joe is very patient and encourages him to play and be passionate and creative. I would recommend him every time!”

“Joe is a great drummer and a wonderful teacher. My son really enjoyed his lessons with him and Joe got him through his Trinity Guildhall grades pretty quickly. Having done them himself, Joe knew exactly what was needed to pass them. Highly Recommended!”

”Joe is proving to be an excellent tutor for my son, Henry, ensuring his strong progression with this new skill”

“Joe is a fantastic drummer and I have received positive feedback every time I have used him as a dep in a variety of situations. A well prepared drummer with a professional approach.”

“I’ve worked with Joe a few times & found him to be reliable & punctual. As drummer he’s totally solid, stylish & inventive – he even smiles on stage. Good guy!”

“As a bass player, the great thing about working with Joe is that he really listens to you & the group as a whole. Great feel, great time, inventive. Always a strong groove. Makes my job easy”

Simon Goulding – Bassist who has performed, toured and recorded with a range of major artists including The Bee Gees, Robbie Williams, Ronan Keating, The Temptations, The Supremes, Martha Reeves and the Vandellas, The Drifters, The Four Tops, The Three Degrees, The Snake Davis Band, Neil Sedaka, Clare Teal, and The Joe Loss Orchestra, among many others.

“After the first time working with Joe on a cruise ship in Australia, I knew he had something special. Not only did he have the ability to read the charts put in front of him for the very first time, he also had a way of interpreting them in the style, with added flare when it was needed, a rare thing to find with reading drummers. His organisation and dedication allowed him to study the songs and give the songs exactly what they needed, character and authenticity. He is my first choice drummer whenever I tour the UK and Europe. So easy to work with and very professional. Thanks, Joe, for the countless hours of hard work and dedication!”

Contact me now regarding bookings for gigs or drum lessons!